Japanese Motorcycles Keeping Up With Technology? 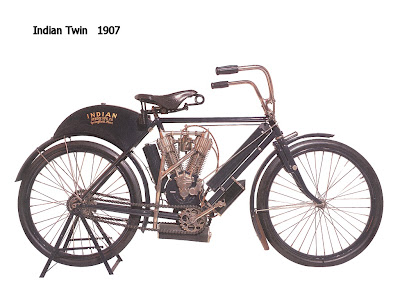 I was reading the editorial, by Neil Graham in the latest Cycle Canada, about trends in motorcycling. I think I am noticing a trend he is talking about, which is, motorcycle prices from European and America are coming down to more closely match Japanese brands. This may be an interesting development. Neil talks about how European bikes were absurdly expensive, and unreliable and same for Harley.

I think the real story is the Chinese bikes coming in with exceptionally low price tags. I noticed a new Piaggio (Italian brand in case you didn't know) scooter earlier this year, priced well below a new, but non-current, and smaller Piaggio in the same shop. When I asked why, it turned out that the newer scooter was "built" in China. Well maybe parts were built in Italy, but the box arrived from China. That's part of what's happening as makers struggle to cut costs, tapping into Chinese production.

Although this is probably going to scuttle my slim chance of ever getting a job writing for Cycle Canada, I have to disagree with some of Neil's closing comments about the Japanese bikes, where he basically gives them advice on how to meet the European challenge. First.

"Make motorcycles that are so technologically superior that we have to go to you to get them."

Easier said than done, Neil. And then assuming they do it, will people buy those bikes? Many motorcyclists do not care much about new technology. They are still fighting tooth and nail against water cooling, a fairly basic technology that has been in common use for 80+ years. I think the Model T Ford had water cooling. And now this is the very first bike show where I have seen a new bike for sale to the mass market with no rear suspension. That's right, a hard tail, a primitive design not seen since the forties. And so help me i would have bought it, if I wasn't already pissing blood over every pothole on my Vulcan. An old guy standing near the bike said he was 65, and could ride a hardtail hundreds of miles a day and think nothing of it.

Neil Graham also wrote: "why didn't Honda build a $80,000 MotoGP replica before Ducati? I couldn't afford one, but I'd come to your dealership to look at it."

Well the comment seems to disregard the fact that Ducati will lend this showroom decoration cum dream bike to Cycle Canada free of charge for a road test. So Neil gets to enjoy this bike whether or not he can afford it, and he really would not need to visit a dealership. But what about me? Not only has Ducati never, ever called me to ride their $80,000 bike, in return for a writeup in my blog, but I might not ride it even if they offered. I don't like uncomfortable sport bikes, and 5 minutes is all I can stand. I certainly would not travel to a Ducati dealer just to gaze at it. Friday I was at the motorcycle show, and although I assume the $80,000 wonderbike was there, I didn't even glance at it. Every Japanese bike dealer I've ever seen has the showroom already jammed to overflowing with bikes you actually will buy.

"Trying to make cruisers that look like Harleys is not a long term plan for survival. Look far into the future and then show us what that future will be."

How many times to I have to repeat. The Kawasaki Vulcan does not look like a Harley, it looks like an Indian. Didn't you know that Indian put out a V-twin engine two years before Harley did? But seriously, Neil the Japanese have looked far into the future, and they know that you would not like what they have seen. Because they are building those bikes today, you don't like them.

Enough ranting. Now for the day's history lesson. In the beginning, neither Indian nor Harley would be the first motorcycle company to have a V-twin, but they definitely did not copy it from the Japanese.

The Indian V-Twin hit the showrooms in 1907, and Harley came out with their version in 1909. The secret to the Harley version was that the angle was at exactly 45 degrees, which produced a sound like a potato. This was actually a great improvement on the the 1907 Indian, in which the angle of the cylinders is unknown to this very day. Although we have a picture of one of the first Indians, it is possible that the camera has distorted it to maintain the secrecy of the angle.

With their new V-twin, Harley coined a name for their bike "The Silent Grey Fellow" after the sound of a typical potato, which is silent.

Indian researchers worked feverishly on coming up with a new model to beat the Harley 45 degree twin, and in 1916, Indian finally rolled out the Powerplus, using the surprising cylinder angle of 42 degrees.

Thus began the famous rivalry between Indian and Harley that lasted until Indian went under in the early fifties.

Today, Harley aficionados are still recovering from the humiliation that Indian caused with their V-twin two years before theirs, and a famous book has been written to prove that the Harley V-twin was actually first. It is called "At the Creation", by Herb Wagner, and I've been told it is a pretty good Harley book.

I have a "100th anniversary of Indian's V-Twin" edition Kawasaki Vulcan 900. It's cylinder angle is surprisingly not 42 degrees, it is a 55 degree angle. Somebody even asked me once if it was a BMW (a 180 degree V-Twin) because it sounded a lot like one, so I took that as a compliment.

Picture, 1907 Indian V-Twin, first V-twin from a company with the name rhyming with Indian or Harley-Davidson. Angle? Could be 55 degrees if you stretch the picture a bit.
Copyright the Lost Motorcyclist