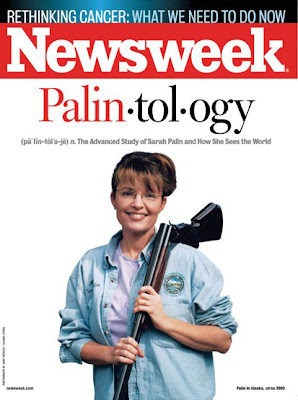 I am disappointed in the outcome of the midterm US elections. I believe the Republicans were responsible for the economic meltdown and the screw ups (not to mention pure evil) in the war on terror. I think Barack Obama has almost miraculously staved off a world wide economic meltdown, and is doing what I believe is an amazingly good job to ease tensions in the middle east. But obviously these problems would have been easier to solve without all the mistakes of the Neo-cons.

Now it seems Americans have tired of Obama and want the Republicans back in power. So I am going to indulge in one of my rare rants.

For many years following WW2, the rest of the world saw America as the smart, rich, powerful, saviour. It was the place where cars were manufactured, and where people were free. America became the banker to the world, and the U.S. dollar was it's international standard currency. American generosity saved many other economies, including their former enemies.

This rosy image lasted more or less intact until the Bush years and 9/11 where everything changed, and America seemed to lose it's mind.

America's response to 9/11 was to make a mockery of international cooperation, to ramp up a security campaign fuelled by paranoid fear, and to engage in two unsuccessful wars. The rest of the "free world" was generally in shock at this change of personality, which happened overnight.

Suddenly America was seen from the outside as a backward, religious fundamentalist, violent and racist country. America now looked just like the typical power mad aggressor, the torturer, the invader and occupier. Worse yet, America was seen as being incompetent, and greedy.

In 2008, the rest of the world was again shocked to find out that America had mismanaged the world's economy, passing off enough bad debt to bring down every other economy on the planet.

But all that was quickly forgotten when Obama became president. All over the world, people (including me) desperately wanted to believe the nightmare was over, and America had finally come to its senses. The rest of the world started working to rebuild their economies, and to adjust to the new economic realities.

But last night was another rude shock. The reactionary Americans are still there. Maybe Obama's election was just a temporary reprieve. Americans apparently were not able to comprehend that economic recovery would take time, and that things would never again be as good as they were before 9/11. They were angry, and decided that they needed the Republicans back in power because Obama had not solved all their problems.

The only bright spot in my mind was that Christine O'Donnell, who said "I am not a witch" was not elected. Now don't get me wrong, I am not saying I want the witches in power. But I might have been a little more comfortable if she had said "There is no such thing as witchcraft". The truth is she cannot say that because according to her religion (fundamentalist Christianity), witches exist, and derive their black magic powers from Satan. She simply was saying, in a politically correct way, that she herself does not use Satan's evil magic, and that if given the chance, she would work to rid the world of the real witches.

I don't think it matters who gets in power now in the US, I think the golden age is over. Jobs are not going to come back from overseas, and the American social structure and physical infrastructure is crumbling. It is still going to take unity, intelligence, hard work, and courage for America to build up a solid economy again. Unfortunately, from the look of this midterm election, disunity, and supersitition seem to be the wave of the future. The rest of the world better start looking for another hero to lead the way.