Joey Smallwood was not an Idiot 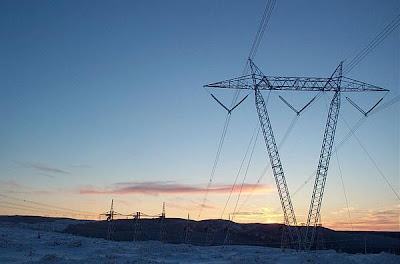 Reading about the dispute between Danny Williams and Hydro Quebec about the Churchill Falls contract, I have seen this comment many times from Newfoundlanders. They seem to think that Joey Smallwood was an idiot for signing a 65 year fixed price contract with Hydro Quebec, to sell the electricity from Churchill Falls.

First of all, I highly doubt that this man was an idiot. And I'm sure he didn't act alone without advice from knowledgeable people. But many people are not really knowledgeable about long term fixed price contracts. It could also be that people are much smarter in hindsight than the other way round. If I had known for sure back in 1969 that oil would one day hit $150 a barrel, today I could be a billionaire. But sadly, I am not, while many other people are billionaires many times over. That's life. The key to riches it to know the future for certain. Or trust good luck.

I don't know if long term fishing contracts are possible, but say there is a situation where  you want to buy a ten million dollar fishing boat, and you need to borrow the money. One big risk is how many fish you catch, and how much you get for them. For someone to lend you the money to buy the boat, they might like to see you have a long term fixed price contract. If the market price for fish goes up to a thousand dollars a pound, the fisherman is going to feel bad that they are not getting rich. But they were forced to get the fixed price contract because they didn't have the money to buy the boat in the first place. Once the boat is paid off, and the contract ends, then they can charge all the money they want until the fish run out.

The Churchill Falls long term contract is something like the fishing boat contract. There was a risk involved in the sixties. The risk was that atomic power would provide unlimited cheap energy, and that energy prices would drop and never come back up. Sure in hindsight you can say that atomic power would be too risky and would actually drive up the cost of energy, and that eventually oil would hit a hundred dollars a barrel, and that global warming would become a problem. But back then, the people lending Newfoundland the money to build the Churchill Falls dam didn't care for risks, and wanted a fixed price contract long enough to pay off the dam. With that contract, if the price of electricity fell, Quebec would be forced to continue overpaying for the electricity for 65 years, and lose money every year. If the cost of electricity went up, Quebec would make money. Newfoundland was not risking anything, so they also would not reap the windfall. Quebec was free to take that risk because they had enough money to cover the losses. That's because Quebec is a very big province. Newfoundland was not free to gamble with the money they borrowed because they were a small, poor, province with limited resources. And back in 1969, nobody knew that one day Newfoundland would be rich with oil revenues.

So before you call Joey Smallwood an idiot, read up on long term fixed price contracts, to see how they work, and why they are sometimes necessary for projects that are too big for one party to handle without borrowing money.

I see a lot of bitterness and jealousy in this Newfoundland Quebec dispute. Bitterness and jealousy are not good emotions whether on a personal level or a national level. Fanning the flames of anger without the facts to back it up is technique used by demagogues who have caused much grief in the past. And we don't need it in Canada today.