I am Still A Conservative 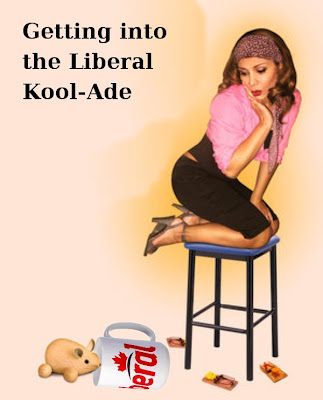 I have recently discovered that I am still a conservative. When I was younger I described myself as a conservative, I had short hair during the hippie era, and I have voted conservative, too. But about the time that George W. Bush took office I had already started thinking of myself as Liberal.

There were only a few central issues that got me to dissociate myself from conservative values. The first was the adoption of increasingly anti-environmental policies. Back in the eighties, both Canada and the USA had conservative governments, and both worked together to put an end to acid rain. Today, it seems to me that conservatives have abandoned any attempt to clean up the environment.

The second cause that pushed me away was the increasingly racist tone of conservatives. If you go back to the civil war, the Republicans under Lincoln were the party whose agenda was to end slavery. After the Civil Rights bill was passed by the Democrats, the Republicans adopted a policy of courting the opponents of Civil Rights, and today they are the party that attracts southern white racists. It seems to me the conservative appeal to racism is also creeping into Canada, and I do not want to be associated with it.

A third issue that got me to move away from conservatism was the influence of the Fundamentalist Christians. I do not believe in their version of a Jesus who promotes "prosperity" and "superior firepower", which is contrary to my own Christian upbringing. Not to mention teaching that, contrary to scientific knowledge, God created the world in 2000 BC, and started with Adam and Eve.

Those issues alone would push me away from any political movement, but there is another big one. I don't like the propaganda war being waged right now by conservative right wing groups. They have convinced some thoughtful people who I have known for years, to simply regurgitate their right wing talking points. It seems to me pretty close to total brainwashing of the type the Soviet Union employed in the sixties.  This issue of propaganda is important because once you control peoples minds, and they stop thinking for themselves, you have basically destroyed freedom and democracy.

So what are these values that conservatives believe in, and how can I still I call myself a conservative (except for the points mentioned above)?

OK, now come on. Just how brainwashed do you need to be to actually think that liberal values are "A common human weakness"? And just how much contempt for freedom of thought do some conservative leaders have? Because of the pervasiveness of this kind of nonsense, I actually found it quite difficult to Google a reasonable set of conservative values. But I did find one here, that at first sight anyway, is neutral. http://homeworktips.about.com/od/politicalscience/a/bias_2.htm

(I know there are many more on other websites, but I need to stop somewhere, so I will just do the five from about.com )

-On the sanctity of marriage, I used to believe that gay marriage was a joke. In fact I feel like plenty of straight marriages are not too serious either. However, in the interest of protecting children, and giving them financial security, I see the need for a set of rules around the institution of marriage. The only reason I see any need for marriage, is about having and raising children. If it does not involve procreation, people can do what they want as long as it is consensual and private. I would say I am conservative on this topic, however I am not anti-gay. And unlike some conservatives, I do not deny that some people are born with mixed male-female genes.

-I also believe a strong national defence is necessary to prevent our country from being overrun, but so does everyone with an ounce of sense, including liberals. I think that this so-called "conservative value" is nothing more than anti-liberal propaganda. If there is an issue that separates conservatives from liberals today, it is not about national DEFENCE, it is about national OFFENSE. If we are taking the war to the other country before they bring it to us, that is "offence". When we occupy that country, it is offense. In defensive war, I will shut my mouth and support the troops.  In an offensive war, it is my duty as a citizen in a free, democratic country, to question our policy. When we go on the offensive, everyone should be concerned about what countries we choose to attack, and which to leave alone, and why. And if we attack some country, it better not be about an intelligence mistake. Going back to WW2, it was the conservatives in the USA who opposed the USA going to war, the liberals were for it. In Canada, during WW2 I don't think there was any such conservative/liberal split. For Canadians, WW2 was actually considered a defensive war because of our connection to Britain.

-Commitment to faith and religion. OK I'll admit I used to go to church every Sunday, and now I don't. But that is because good religions are hard to find. I think the Catholic Church is losing it's way and getting too involved in politics. The Fundamentalist Evangelicals are making a mockery of Christianity and Jesus' teachings, and they are also meddling in politics. I happen to believe in "Do unto others as you would have them do unto you", and that is what makes me a true Christian. Going to a church every Sunday does not, especially when that so-called Christian church teaches you how to pray for wealth, and calls for assassination of foreign leaders, and tells me I'm going to hell if I vote Liberal.

-Right to Life. I don't believe that life begins at the union of sperm and egg. I believe it begins before that. I used to support Right to Life with donations, and my wife did volunteer work for them, but today the Right to Life movement has gone crazy, killing abortion doctors and insisting that even young girls who have been raped by their fathers must carry their babies full term. That is too extreme for me, and they will get no more of my support.  But another reason I now reject the Right to Life movement is because they support the death penalty, and they support war, and they don't have a problem with murder of abortionists. It seems to me they have become more about support for conservative politicians, and punishment of the poor women (who cannot afford European abortions), than they are about actual life.

Picture: I did the photoshopping from pictures from the Internet (I added the words and the Liberal mug)
Copyright the Lost Motorcyclist