There is No Santa Claus 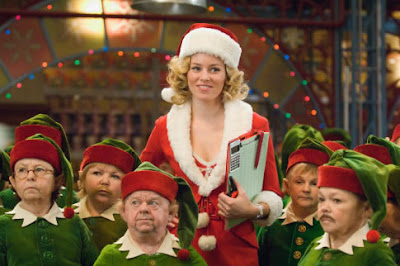 I don't want to be accused of spoiling Christmas for any kids, so if you are under 10, stop reading right now. And stop Googling any other "Santa debunked" websites too.

Up until this year, I have not had a problem with other people believing in Santa Claus. I personally began to question my faith around the age of six, but hey, if you didn't, and you still put out the milk and cookies every Christmas, I was OK with that. But here is my problem. Santa used to be a nice guy, and took no sides politically. But now several extreme conservative factions are starting to make Santa out to be a Republican-voting, gun carrying, religious extremist. There is a holy war going into its third year right now, splitting families up. It is the "Christmas Greeting War". Now everyone has to choose sides and decide to say either "Merry Christmas" or "Happy Holidays". If you say the wrong one, you will get someone mad at you. This, to my knowledge never happened before. I could say "Happy holidays" and no-one would hate me. Or I could say "Merry Christmas" without my friends calling me a racist right wing extremist.

Some bad things have happened to Christmas, so I think it's time for the truth. Any of you little kids still reading, this is your last warning. If you don't hit the "back" browser button right now, Santa is going to put you on the naughty list. OK now we can continue as adults. THERE IS NO SANTA CLAUS.

In the last hundred years, not only have we sent expeditions to explore the North Pole, global warming has in fact melted the North Pole, so now it does not exist except as either open water (with a Russian flag stuck under the sea) or floating packs of ice on top of the ocean.

Another piece of evidence indicating that Santa may not exist is that the number of nice children is now ten times as much as it was when Santa started delivering presents. And they are spread over a larger geographic area, actually all the way down to Invercargill in New Zealand. The sheer impossibility of making all those deliveries in one night can be proven by calculating the shortest possible house-to-house route. Then, even allowing the speed of light, Santa can't do it.

Not all homes have chimneys either. Maybe they used to when he only delivered to northerly areas. But now we have people located in areas where chimneys are not required. Not only that, new homes are being built with high efficiency furnaces that only need an intake and exhaust port out the side. And for those people who say Santa may be really small, even then he could not make it past the heat exchanger. Ever thought of that?

Unfortunately, the Santa myth seems to have been based on the idea of flying reindeer. Back when this nonsense started, we had not developed heavier than air flight. So we did not know that wings were actually needed to fly. Now we know. In fact, we know so much, we can even prove mathematically that bumblebees can't fly due to their weight and small wing swept area. So what hope would a reindeer have with no wings at all?

There are a lot of fundamentalist Santa believers out there saying "This can't be. What hope would be left in a world without Santa? If nobody was afraid of getting on the naughty list, everyone would grow up to be just like Hitler or Stalin." Well, you'll just have to trust me that nobody needs to believe in Santa to have a reason to live, and a reason to be decent.

A couple of years ago, the next article appeared in the Toronto Star, proving that Santa could deliver all the presents travelling at a speed of no more than 23 times the speed of sound. Honestly, I just don't have time to deal with all these charlatans that keep springing up with their theories. But if you have time to waste, I will give you the link to the Star article and one from the Guardian.

Picture: Elizabeth Banks in the movie Fred Claus. By the way, for people watching that movie, there is no "North Pole Standard Time Zone", the north pole is at the convergence of all time zones. Secondly, and as a direct consequence of point (A) the sun does not rise in the morning of December the 25th at the north pole. It rises once each year on March 21.
Copyright the Lost Motorcyclist