Is the Omar Khadr Case a Show Trial? 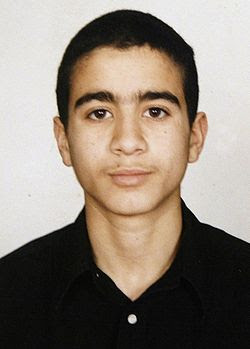 The Omar Khadr trial is obviously not your average legal murder trial. In fact it is staged in Guantanamo, Cuba, far from the US legal system. I would say it is more of a public show trial for national propaganda purposes. By condemning Khadr for murder, the US is "sending a message" that terrorism is bad and will not be tolerated, and that the Americans, unlike the terrorists, are following some rules of law.

Of course this is not the first show trial ever held. But one in particular has some interesting parallels. The case of 17 year old Herschel Grynszpan, who shot and killed a Nazi official in 1938, was comparable in some ways. i.e. a teenager killing someone who he believed was persecuting his people. In both cases, there seemed to be no intent to murder a particular person, instead it was more or less random. Both cases took place where the teenager was not in his home country. Both trials dragged on for a long time with generally unsatisfactory results.

"The Night of Broken Glass (Kristallnacht) occurred on November 9/10 after 17-year-old Herschel Grynszpan shot and killed Ernst vom Rath, a German embassy official in Paris, in retaliation for the harsh treatment his Jewish parents had received from Nazis." 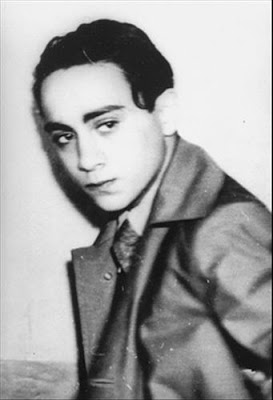 For Canadians, it should not be too hard to imagine the outrage the Germans felt toward Herchel. The French refused to extradite Herchel, and dragged out the trial for a few years. But when Germany invaded France, the Nazis were able to track down Herchel and took him to Germany where they wanted him to stand trial. Given that WW2 was in full swing, it's pretty obvious the only purpose for the trial was to send a message to the world, and Jews in particular, that the Germans were the victims, not the aggressors. There was really nothing stopping the Nazis from executing Herchel at will. But even in Nazi Germany, the legal system was a bitch, and the trial proved to be a nightmare for the Nazis. Finally, as the war took a turn for the worse (for Germany) Herchel, still awaiting trial, disappeared never to be seen again.