Do Motorcyclists Know What They Want, Really? 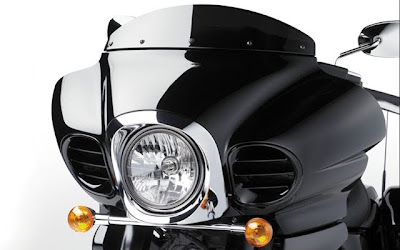 Quite a few new motorcycles have been announced lately. And as usual, there are a flurry of comments from critics on the internet. If I may for a moment, be a critic of the critics, the tone and substance of these comments shows lack of appreciation for what the manufacturers do for us.

I don't understand the attitude in many of the internet comments. I feel that the manufacturers risk a huge amount of money to research, develop, and put on the market new and improved motorcycles. As customers, our part is to decide if we can afford the bike, and decide if we want it enough to part with our hard earned cash. Then if we buy that bike, it is up to us to ride it, maintain it, and possibly share our opinions on that bike with other motorcyclists.

Now some of the bad attitudes start because many sales today are on credit, with no money down. How can you have a common sense attitude, when you consider it normal to be able to "buy" bikes you cannot afford with money you don't have?

Many comments are made by people with no intention of buying this particular bike. It doesn't stop them from complaining about it, though. Take for example a Yamaha Super Tenere. "Take 60 kg off it, get rid of the shaft drive, add two cylinders, paint it powder blue and put clip ons on this bike and it'd be a winner. Oh yeah, get rid of the fairing too." You have no intention of buying it, do you? The bike you are describing is a different bike, so why don't you buy one of those instead.

One thing you always hear is how wonderful any bike is that is not sold here. "Please, Honda, bring the CBRXX1234XXRR to the U.S.A., I would buy it in a heartbeat. Why is it that Honda never brings the good bikes to America? Is this a plot by mean Mr. Honda to drive American motorcyclists bonkers?" And yet, the instant that bike is made available in America, suddenly everything turns around, and it's the wrong colour, too heavy, too expensive etc. I know who would be going bonkers. It's the motorcycle manufacturers, if they were stupid enough to pay attention to all the whining.

People like to give advice to the bike makers. "Please, Kawasaki, invent some new whiz bang technology that we don't know about yet but will totally revolutionize the industry, then make it available to us for mere pennies, and our gratefulness will know no bounds." Yeah, sure.

Now I'm not saying I'm perfect. I have done a fair amount of complaining myself in the past. And right now, I'm wondering why Honda's new CBR250R was not a CBR350R instead.

But I also appreciate what I can get. When I bought my first motorcycle, I didn't know what I wanted. But went out and I found a bike I could afford and paid cash for it. Then I drove it as much as I could, chopped and modified it if there was something I didn't like. And for the stuff I couldn't change, I simply put up with it. I was thankful to the company that made such a marvellous machine, happy that I could afford it, glad it could get me wherever I wanted to go, and it was reliable and I could maintain it myself.

The first time a manufacturer ever turned over the design of a new machine to marketing people, it was a disaster. This was the Ford Edsel of the early sixties. The marketing people started off by asking potential customers what they wanted. Then the car was designed to be exactly what everybody said they wanted. It was a gigantic flop. Why? Because when it comes to what people want, they are full of B.S. What they buy is not what they say they want. The Edsel was the first big expensive lesson in automobile marketing, that you don't take customers comments about cars or motorcycles at face value.

Here are a few sample actual comments below (unlike the made up comments above) about several new bikes from just the Cycle Canada website http://forum.cyclecanadaweb.com

The comments are about different bikes, I just collected a few to give a sample of some things being said.

"Wow what a freakin mess. Check out the front quarter view and you have to agree that thing is seriously ugly. The headlamp treatment looks like a copy of a Ford Edsel grill and that had to be the biggest mistake in design history.
I can`t wait `till the old codgers who buy these abortions finally pack it all in and retire to their lazyboys so that the market for these giant piles of dog poo can be put to rest."

Too bad Yamaha...I was one of the guys waiting for an updated version of the original Super Ten, with the 900 motor. Now I'm waiting for a Tiger 800XC instead. Hell, I'd gladly put decent tires on the much lighter TDM900 and ride that...if it was available in to Canada.

Is this bike the answer to a question that no one was asking? Do we really need a bike between the big sport tourers and the Gold Wing? Are the Big Bike Weirdos here already salivating over this new bike?

Too rich for my blood. I could buy an enclosed trailer and tow vehicle for that kind of donero - and get my ass down to NC as much as I want with my current VFR.

Has anyone noticed how ugly this thing is? It might sound good on paper but unless they clean up the front & change the can I'm keeping my '99.

2010 is the year of the UGLY, new VFR and new Multistrada prove my point. I've got a chainsaw if anyone can point me to the relevant ugly tree they fell out of, I'd be more than willing...

What I see is an overweight, oversize, overplush, overengineered, overdone example of what the marketers at Honda seem to think American motorcyclists want

The irony here, of course, is that none of these comments really represent what American motorcyclists want either. The manufacturers have marketing departments today that do a much better job than Ford did with the Edsel. They know what will sell before they import it.