The Omar Khadr Case: Is the War on Terror a Real War? 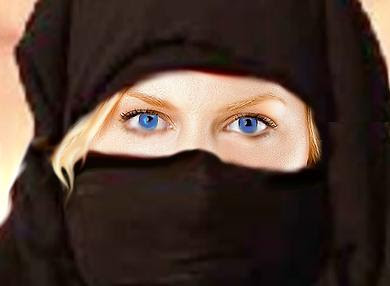 Although the Omar Khadr case is full of contradictions, it also holds the key to understanding the "War on Terrorism". You can read about it in this Australian news story, much easier to understand than any Canadian papers, as we Canadians are too involved with it.

This case sums up the contradictions in the war on terror. The essential ambiguity is that it is not a real war. In a real war, you have countries fighting each other with uniformed soldiers. Terrorism is stateless, there is no enemy country. The military is fighting underground organizations. There are some people who think that the fight against terror should be an international police effort, that terrorism should simply be considered a crime, and the perpetrators captured and put on trial in a normal court of law. But other people argue that it is more than criminal activity, and police action is not enough to stop it.

Yesterday, Omar Khadr was found guilty of throwing a grenade, and sentenced to 40 years behind bars. Does that make sense in the light of what actually happened? This is the situation. A fight took place between a handful of AL Quaida members and about 100 soldier, US and allies. The American assault included air strikes that basically killed every one of the Al Quaida people, except Omar Khadr. The assault was not illegal. But at some point, a grenade was thrown at an American, and this act was considered the criminal act.

Omar may in fact be the one who threw the grenade. There is no question that he was in the house during the slaughter. Omar was the sole survivor on the Al Quaida side, and badly injured during the fight. He was also 15 years old, and a Canadian citizen. But he was not a legitimate combatant, so it was illegal for him to throw grenades at American soldiers, or shoot them, or do anything against them.

The Americans wish that it was a real war, and they could drop all the pretense of "due process of law". It would be ideal for them if the enemy would form up in battalions with uniforms, tanks, generals, barracks and headquarters. They wish the enemy would name a country that they belong to. Then we could have a nice clean war like WW2, where it is obvious who would win. (assuming the enemy had no comparable air force of course, or atomic bombs). But the real weakness of the military is that they are always fighting the last "good" war, and have no understanding of the next one.

We actually need some new rules that make sense. Right now, Americans are making up the rules as they go along, nobody else is being consulted. And maybe they are right. But what they decide is what military combat will probably look like for many years to come.

Although none of these characteristics are being written down in a new code of conduct yet, the rest of the world is watching, and getting the message.

Maybe we should learn the lesson of history. The world was horrified that the Nazis starved and killed millions of innocent people in concentration camps. But who invented the concept of concentration camps? I believe it was the British, during the Boer war in about 1900. They rounded up all the Boer women and children, forced them into camps, where tens of thousands of them died of starvation and disease. The lesson is, if you do something bad, sometimes other people will adopt your ways. On the other hand, Jesus said "do unto others as you would have them do unto you." And I believe it's still a good rule today. It's just sad that a country calling itself "Christian" seems to not get it.

Picture: I am not sure what this picture means, but I got it from the website calling itself "Satan's Rapture.com: Point of no return", and their message seems to be that the Muslims are taking over the world and all the women will have to wear a burkah. (Just my own comment here: I lived in a Muslim country for three years and never saw one burkah. So maybe the Muslims should be talking to their own women first before they try to spread that style of clothing around to blue eyed blond women, who are probably Christian or maybe atheists at worst.)