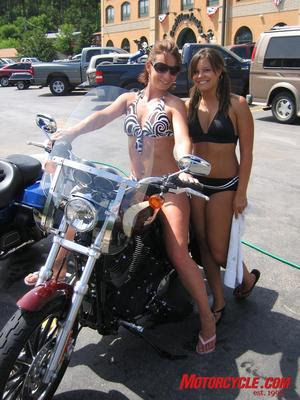 What more can I say about winter riding? I would actually prefer to be writing about spring and summer riding, but winter is all I've got right now. So last Saturday, I went for another ride, and this one was the coldest I have ever ridden with my Vulcan, at -8c. This time I let the motorcycle warm up thoroughly, and had new 10w-40 oil in it, so no strange sounds as I revved it up.

The most obvious danger in the winter is snow and ice on the road, but that day it was not a problem. There were other problems that need to be kept in mind.

One thing that I have to keep fiddling with is my face shield. It is an ordinary summer helmet, and the face shield fogs up easily sitting at a traffic light, and we have tons of those in Kitchener, especially on the route I had to take to Tim Horton's. There are probably a lot of solutions, from anti-fog spray all the way up to a $500 Bombardier snowmobile helmet with a special breathing mask inside that clamps over your nose and mouth when closing the visor. Yes that would be nice. But I simply fumble with lifting the face shield a little at the stop light, then closing it again when I get moving. It is really too cold to leave it up even a crack on these roads, where it is 80 kph between lights, and no, that's not just me, it's everybody.

Another thing to fiddle with is the on-off switch for the electric vest. I can't just leave it on, it's too hot, and it drains the battery while I'm sitting idling at the light. If it doesn't drain the battery, it does prevent it from charging up after the difficult starting at -8c. It is always difficult for a battery to start an engine at those temperatures, though so far, the Vulcan has been good. My vest's on-off switch is hard to find under my jacket flap, and it is hard to figure out which is the on and off position while I'm riding.

Luckily, I don't also have to wave to other motorcyclists at this temperature, so in that way I keep my hands on the controls more.

It doesn't sound too difficult so far, but I'm surrounded by traffic almost all the time. You never know when somebody who is learning to drive at the "Yelling Boyfriend" driving school, will make an ultra-sudden lane change. And of course, how would you expect her to see me, since she is about 4' 8" tall and has no booster seat? Apparently I'm not the only one trying to figure out how to arrange my gear for driving.

So no, I did not hit her, she did not hit me either. But that sudden move caught me fiddling under my jacket for the electric vest switch with my left hand. My right foot was not on the brake pedal either, I guess I forgot this is a cruiser with floorboards where you have to lift your foot to hit the brake. On my BMW, my foot was always right over the rear brake pedal. The rear brake allows a little bit of braking, but you really need the front brake, and both hands on the handlebars to haul the speed down in an emergency, and it has often saved me in the past. I am not a believer in the "Rear brake only" school of braking/crashing that is popular in the cruiser crowd.

That was not my only worrisome moment. On one traffic roundabout, I felt the rear of the bike slip momentarily. I was really going slow, there was no ice either. But the same thing happened at exactly the same spot the time I went out in January. I suspect it is a sharp curve combined with a very cold tire that was never designed for these temperatures. Even an all-season car tire loses a bit of its rubberiness under 10c. And this Metzeler cruiser tire made no claim to be anything other than a summer tire, and it was -8c. It also makes me wonder how useful really hard braking would be. But on the other hand, it could be that the tire had built up a layer of dust just off the centreline, because I did try some hard straight-up braking to see if it slipped, and it didn't.

There was only one other bit of worry, after I had sat in Tim Horton's way over their 20 minute limit (way way over), the bike seemed reluctant to start. I don't mind a problem like that at home, but I don't want it happening anywhere else. Maybe that's why Tim's has a 20 minute limit, to make sure the engine is still warm. They are very thoughtful people.

Picture: Do you really want to see me in all my cold weather gear set up for a ride in February? Neither do I.
Copyright the Lost Motorcyclist