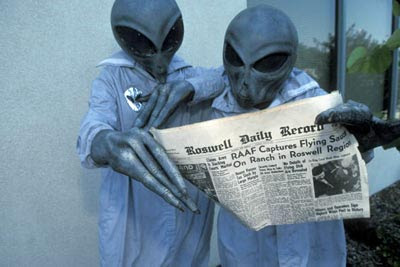 You could probably tell from a number of topics in my blog, that I like debating, or as some (like Mary Ann) may call it "arguing". A lot of people do not like debates, and don't even like to read about controversial subjects such as politics and religion. That's why I have started putting a "topic menu" on my blog.

There are many reasons I like to debate, discuss, argue, or whatever you want to call it. But one reason I still like to do it is that I try to maintain some perspective, that stops me from getting in too deep.

A way to maintain perspective on controversial topics is to be aware of the different types of debates that are out there. Some need to be avoided altogether, others are unwinnable, others are just for fun. Some topics are traps for the unwary. So let's just take a survey.

I don't want to prejudge these, but first you have some controversies that are commonly known as your crackpot conspiracy theories. The JFK assassination is an old one. Much newer is the "Truther" movement trying to prove that the buildings in 9/11 were brought down not by planes but by controlled demolition. One of the oldest I know is the "Area 51" conspiracy stating that the US Air Force is hiding Aliens somewhere in Nevada. While these are generally harmless topics, they not my favourite subjects. Anyone who wants to engage you in an argument on one of these topics is so much better prepared than you are, it will not be fun.

Next you have fundamentalist religious debates. They generally break down to the basic science vs. supernatural type, with a little bit of ethics thrown in for good measure. Almost always, these debates are a trap, more of a "recruiting ploy" rather than an honest inquiry into the nature of God and ethics. You cannot win a recruiting ploy any more than you can win an argument with a vacuum cleaner salesman. So it's not really that much fun, unless you eliminate the recruiting motive first. That's where you make it clear that no recruitment is possible (not easy to do actually), and take the offensive, not the defensive position. Recruitment debates go badly when you are always on the defensive, for example "Have you ever thought about Jesus as your personal saviour" ans "Ummmmm... no?". That's being defensive. And if you don't watch yourself you will end up chanting Hare Krishnas at a local airport before you can say "Kali-Santarana Upanishad".

In a religious debate, a more offensive position is the safest. Take a stand in saying that the religion in question is actually devil worship, and you are trying to rescue the believer from the clutches of Satan. That way it's more fun for both of you.

Now for politics. The most fun divide in politics to explore is the whole left vs. right thing that is so popular today. On the right the warmongering Fascists, on the left the tree hugging peaceniks and Socialists. I identify most strongly with the left, although every once in a while I find myself agreeing with some obscure point on the right. But it's getting so much less frequent as the positions seem to be getting more extreme. This is usually a fairly safe and fun debating topic, although all too often cut short by somebody accusing the other of being a Nazi.

There are also usually some interesting debates going on in the public media, for example every time big business is getting in trouble destroying our health or the environment, a major "debate" breaks out on TV or in newspapers about the controversy of "Smoking" "Pollution" or "Global warming". Debates like this are fun because of their popular exposure. Due to their constant exposure in the media, a lot people are interested in the topic. But in the same way it also gets a bit boring because you end up debating the very same stale old stories with a lot of different people over the course of years. Yes debates like this go on a long time, and the old debunked arguments resurface over and over.

I would put some debates into the "Personal choices" category, such as whether to wear a loaded gun or carry a tazer or neither. Whether to drive a Hummer or a Prius. Whether to ride a motorcycle or a scooter or take the bus. If about motorcycles, it may be which is better, a Harley Davidson or a Yamaha?

Then you have the eccentric debates like "The Earth is Flat", promoted by the Flat Earth Society. As tempting as it may be to engage, don't bother. It's mostly about luring you into a trap with the promise of an outragously easy proposition to debunk, then it turns out to be impossible, because these people have been defending the flat earth theory for years. You may be right, but you can't prove them wrong.

There are actually an infinite number of things to argue about. Do you want an example of a good use for arguing? Say you're out on a first date with a girl, and you get uncomfortable, with nothing to talk about. Getting into a rousing debate about carrying a gun vs. Tazer will not only break the ice between you, but could lead to you making an interesting discovery that will avoid some serious pain later in the night.