My First Experience in a Socialized Medicine Hospital 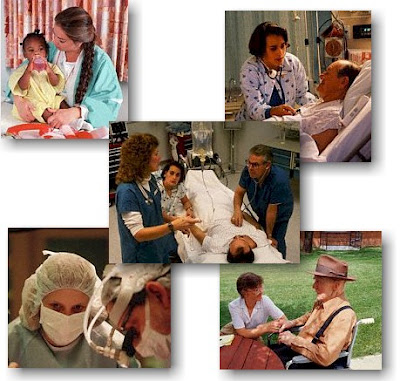 This Blog is rate R for rude, crude, and a bit disgusting too. It's an adventure in Canada's Socialized health care system for a motorcyclist of 61 years old. You have been warned.

Getting old and riding a motorcycle, things happen. For example I got a bladder stone, which caused extreme pain when hitting a bump on my Kawasaki Vulcan. I also had to ride my bicycle standing up. A couple of times I had blood in my urine. My urologist said he needed to take a look, which means running a tube up the urethra, which you can look up yourself if you don't know what it is. In the tube is a camera, which the doctor used to find large stone in the bladder, the likely cause of my problems. He suggested I get it removed for free (this is Canada), but I said if removing it is more painful than looking at it, I would keep it a while longer till it got really bad.

A couple of years later, amounts of pain ranged from none at all to some, but mostly no real inconvenience. Lately I decided that if I ever wanted to do some serious riding, I needed to be sure that this bladder stone would not act up, so I said lets schedule the removal.

The removal is done by sending a tube up the urethra, but this time it would be surgery, where I was unconscious. They use this tube to shatter the stones with ultrasound then flush the particles out the urethra, so no cutting into my organs. It would be day surgery, meaning I could go home the same day. Also, quite an adventure for me as I have never before really tested out the Canadian Health Care system.  Our system is the subject of some controversy, as it is free for Canadians, therefore it is "Socialized Medicine" and scorned or praised by the various political camps in the USA.  In America, it's pay as you go medicine. If you don't pay, you don't go.

I arrived at the Hospital and was checked in by a series of friendly, efficient clerks who compiled a three ring binder of all my paper work, and sent me to a room to get changed. I put on the hospital robe and lay down on the bed and found some car magazines beside me which I started to read. A nurse came in and hooked up my hand to an IV, which stayed connected all the time I was in the hospital. It is a tube that runs from a bag of fluid on a pole to a vein in your hand. If you want to walk around you have to push the pole with you and not get the tube tangled. Right on time, a porter arrived and whisked me and the bed off to the operating room, where my doctor, and a group of other people were readying the procedure. It was all very efficient and clean, everything was double checked, and when I woke up I was in the recovery room with a young cute nurse. When you are 25, more than half the nurses are old, when you are 61, most of them are young and cute. Anyhow, at this point I was hooked up to a second tube, which was a catheter going in my urethra again, and this time it was a tube to drain out urine into a bag, so now I didn't need to pee in the toilet any more, it just drained in to the bag.

I was thinking just how useful this catheter might be on an Iron Butt rally, where you would not need to stop as much to pee. In fact, you might never need to stop if you rigged up a drain hose down to the road surface with a shutoff valve when you needed it.

I was supposed to wait a while until the catheter was removed, and then try to pee on my own. If I could do it, I could go home by 6:00. Unfortunately, I couldn't. Not enough anyway, so things started to get complicated. My nurse couldn't get hold of the doctor, he had gone home. She said I would need to stay overnight, and she would have to reinsert the catheter and contact the doctor the next day. This was about 6:00 pm.

She was unable, despite her best efforts, to get the catheter all the way in. It was kind of painful. So then she found another nurse with more experience, and the two of them tried together. This time I was given a shot of morphine in the arm, and from this point on things seemed to get a lot more humorous, as they both hammered away on my penis. Finally the more experience nurse said, "Do you have an enlarged prostate", I answered, my doctor tells me it's the biggest he's ever seen", and then she said, could you try coughing? I did, and it started to move. I was still in a lot of pain. I coughed again and it went all the way in. By this time my bladder was really really full, adding to the discomfort, but as soon as they got it in and released the valve, the pressure started to decrease as the urine flowed to the plastic bag. I remember one nurse saying "you just had a baby!" Of course she was kidding.

Then they called for a porter to take me up to a bed they found for me for in the regular hospital (up to now I was in Day Surgery). The porter was taking a while, so the nurse said I'll push you up there myself, it'll save time. So laying down on the bed, this nurse, and another to help pushed the bed and me along the hallways, and each time there was an obstruction they would say "coming through" or "we don't know how to drive". In the elevator, I asked if TV hospital programs are realistic to people who actually work at hospitals. I found out that to these Nurses, anyway, they thought E.R. was very realistic, and daytime soaps were not. I was actually thinking of "Scrubs".

I got to the seventh floor room and was welcomed by another nurse, and put in a room with two other men, with the nurse's desk next to my bed. She helped me adjust the bed, and she was the second nurse to notice I has the IV tube wrapped around the pole. I guess all nurses must refer to people who walk around with IV's and get them tangled in the poles as "Pole Dancers" they think it's quite funny.

The Nurse (also called Mary Ann) asked me if I had eaten anything all day. Actually I had two crackers with grape jelly and a cookie and a ginger ale in day surgery. She asked me if I wanted something to eat. I said I was thinking of getting a donut at Tim Horton's. Every hospital in Ontario must have a Tim Horton's in the lobby. She said "You're not going to enjoy that donut much when it's on the way back up, and besides they're not healthy." How would you like a sandwich, or a jello, or a juice or a pudding, or maybe all of them? I said that sounded good and she went off to get them just when Mary Ann arrived with my magazines.

I asked Mary Ann if she wanted to look at my bladder stones, as they had given them to me in Day Surgery, and were in my personal effects bag. She said no. I insisted, and she had a look, and was quite amazed at the size and number of them.

Meanwhile my lunch arrived, and the night nurse put a button on the bed, and explained it was to call the nurse if I needed help. I said, but you're going to be right beside my bed at your desk all night. She said, but once in a while I step out, and so I'll know if you need me then.

Soon Mary Ann left, I spent an hour or so reading the motorcycle magazines, interrupted by the nurse checking my blood pressure, temperature, pulse and whatnot. And being very friendly too. Then I turned out the light for the night. The rest of the night was not very restful, because the nurse spent a lot of time in the dark with a small flashlight emptying urine bags, and the other two patients were in a lot of pain and needed pain killers, and were also throwing up a lot, and I was hooked up to two separate tubes, I still had the I.V. going to my hand. So I could hardly move all night.  The good part was I didn't have to get up and go to pee during the night, the first time in years. When I'm at home and I can't sleep, I turn on the TV. But the stuff going on in hospital is way more interesting than night time TV.

In the morning the Doctor came back, and we decided I would go home with the catheter still in, instead of trying to take it out and see if I could pee on my own. I was very nervous after the experience the day before. But now I'm wondering if I made a mistake because I can hardly walk with this damned thing in, it's only comfortable when I'm not moving.

Now I have a home care nurse coming tomorrow to take a look, and Monday to remove it. Also a I got three prescriptions to take, free because they are covered by my hospital visit.

And because we have socialized medicine, it is all taken care of. I mean I don't have to pay, just show my health card. Yes you may think that I pay a lot of taxes, maybe a do pay taxes, but so does everybody. It's not just the taxes you pay, it's the quality service you get for them. I think I got very good quality service. I've been to expensive Caribbean resorts that I enjoyed less than my overnight hospital stay. I think it is possible for socialized medicine to work a lot better than the out-of-control costs of health care in the USA, where people lose their homes when they get sick, even if they are covered by insurance ahead of time.
Copyright the Lost Motorcyclist