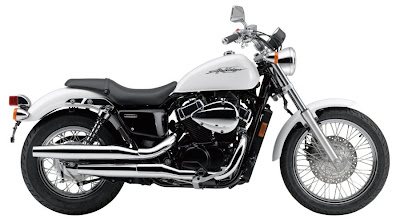 A motorcycle gas tank, unlike a car gas tank, is a visual focal point. There are some bikes, like Mary Ann's Burgman scooter, that hide the gas tank entirely, then others like the Gold Wing that put the gas under the seat, but still have an object that looks like the gas tank in the traditional spot. 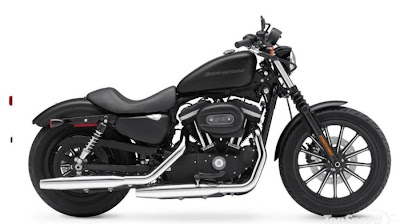 tanks. The thing I probably dislike the most is a gas tank that is too small to go at least 200 km between fill ups. You really can't even guess the capacity of the tank by looking at it from above, because the underside of the tank is scooped out to fit over the engine and frame.

My Kawasaki Vulcan 900 has about the longest range of any motorcycle I have had, at 400 km. This distance of course varies, according to speed and wind direction. The shortest range I ever had was my Yamaha 250 that needed to fill up at 150 km, on the average. Although due to it's 2 -stroke engine, it would consume twice the gas at 70 mph than it did at 40. So the range actually varied tremendously.

There are many reasons why I like a bigger gas tank, and surprisingly none of them have to do with the actual running out of gas. The only time I run out of gas is if I don't think about it, and the smaller the tank, the more I think about it. Actually part of the problem is that I don't usually like stopping to fill up at all. Many years ago, when I started riding, we did not have convenient gas stations like we do today. No, I don't mean the pay at the pump, I mean we didn't even have self service stations. You would pull into a gas station, and the bike would sometimes be too light to trip the warning bell for the attendant.

Many people are too young to even remember what gas station attendants were like in the seventies. That was a time when the attendant was often a mechanic in the garage, busy working on some important thing like removing a rusty muffler from a car. He (it was always he) would have to interrupt what he was doing, when he finally figured out there was a motorcycle waiting for gas, drop his blowtorch or whatever, and walk out to the gas pumps. Then he saw this was one of them motorsikkles, which used to be strongly identified with biker gangs, booze, and criminal activity. Next he had to figure out where to put the gas, and trust me, it was always better for me to take the nozzle and pour it in myself. The final problem was that the fill up would cost something like $1.78, meaning not only had he disturbed his routine for only about 2 cents worth of profit, but he would have to look for change. Yes, I wanted change. He would ask if I could fill it up a little more, and I would point to the level of gas in the tank, which was just about sloshing over. Back in those days, I saw some attendants dump raw gas directly onto the ground rather than go for change, so I guess they really didn't like getting change.

With 5932 km from Sept Iles QC to Powell River BC each way, divided by 150 km it works out to 80 conversations with garage mechanics on the entire trip. I know it doesn't sound like much, but when I spotted my first self service gas station, I thought I had died and gone to heaven. Today I prefer the even better "Pay at the pump", as I don't have to remove my helmet and ear plugs to get gas. I do that if I need to go inside and pay, to be able to hear the dumb question the cashier needs to ask like "Will you be needing a car wash with that today?".

A bigger tank is preferable for group riding. I do not like to have the smallest tank of a group because of the inconvenience and difficulty of having to stop the entire group for a gas stop when I am the only one who needs gas. These days, I often ride with other people, and I really appreciate at least a 250 km range. With my Vulcan, I can sometimes skip group fill-ups, which is an indication that this bike has a really good range, or that somebody in the group has a really small tank.

Finally, we come to the reason I wrote this blog, and it is the new 2010 Honda Shadow RS. It just happens that I love the look of the gas tank, and in fact the entire bike looks great. The tank fits the bike perfectly, and unlike the similar Harley 883, the back of the bike does not look like it's dragging the ground. But the RS tank only holds 2.7 gallons (US), or 10.6 Litres, and this will probably mean, at 4.2 l/100km, stopping every 252 km. But as everyone knows, gas stations do not pop up when you run out of gas, and if you check the specifications for other bikes, they generally have bigger tanks and go further.

Apparently, the new Shadow RS is priced at $7799. It is definitely going to annoy the Harley Davidson fans because the RS resembles the HD Sportster 883 which sells for a dollar more, at $7800, and you can just imagine all the tattooed bikers jogging over to the Honda dealer to scoop up the bargains.

Pictures: The 2010 Honda Shadow RS (White) and the Harley Davidson Sportster Iron (Black) if you have some way of saving and flipping the pictures alternately, they are just about to scale, and positioned identically to compare the profiles. I based the scale as close as I could to the HD wheelbase at 1524mm and the Shadow's at 1562mm.
Copyright the Lost Motorcyclist