The Myth of the Simple Motorcycle 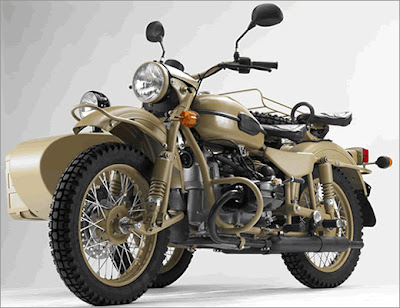 It seems a lot of people like the idea of a simple motorcycle, and I have felt the same myself. But is there any real reason why I would want one? I guess the assumption is that a simple motorcycle is also cheap, and can be repaired with bubble gum and a popsicle stick. It may also be lighter, and have fewer things that could go wrong with it.

I am torn between wanting a simple motorcycle, or wanting all the comfort and conveniences technology has to give. I already have one of the simplest motorcycles you could ever want, the Honda CD175. One set of points, one carburetor, four valves in all. Gravity feed fuel tank. It doesn't even have a paper oil filter to change, just a centrifugal cup inside the engine. The electrical system is simple enough that you could actually put the wiring diagram on one page.

It is one of those bikes, that one person could probably have a chance at understanding the entire thing if it was all taken apart. Even the carburetor and possibly the gearbox. Yet it works well, and can do 100 kph on the highway after forty years.

Compare that to some of the new motorcycles with electronic cruise control, radios, anti-lock braking, drive shafts, fuel injection, computer engine management, electronic ignition, satellite navigation systems, liquid cooling, even airbags. All covered by intricate plastic panels that take forever to get off and re-attach.

I love some of the instructions I find in the shop manual for my newer bikes. If I want to replace the clock on my BMW, first "Remove the front fairing". To adjust the valves on Mary Ann's Burgman 400, first "Remove the passenger backrest pad". I mean, come on. With the Honda CD175, I could swap in a reconditioned engine and transmission in the same amount of time. And I have two of those lying around. The first instruction in the CD175 shop manual to remove the engine is just common sense. "Shut off the fuel cock at the tank".

My Kawasaki Vulcan is one of those motorcycles that have the appearance of simplicity. One front brake disk, without ABS. Only two cylinders. Superficially it is simple. Really nothing at all fancy or luxurious. Like the CD 175, it does not even have a tachometer. Unlike the Honda, it has a rev limiter so I don't really need the tachometer.

As long as nothing fails, I don't care. In some ways it is less maddening than the CD175, which despite its simplicity, can develop weird intermittent problems that take days if not weeks to troubleshoot.

Finally, I think the appeal of the simple machine comes down to the satisfaction of understanding how it works. But there are some technological items now that I would not want to give up. Hydraulic disk brakes really stop your bike when you need them. Fuel injection burns more efficiently, and starts instantly even if the bike has been left standing for months. Electronic ignition never needs adjusting. Counter-rotating balance shafts help keep things from falling off your bike, and fillings from falling out of your teeth due to vibration. And these new technologies seem to not break down much either, at least not in my experience. So you give up, to some extent, the fun of constant maintenance, and the understanding that comes with it. And you substitute the fun of not having to understand it, so I guess you have more time to do other things like surf the Internet or maybe even do some riding.


Picture: The Ural Sahara motorcycle and sidecar. I don't think you can beat the Russians when it comes to making simple stuff that works, like the AK47 assault rifle. Even on their space capsules, they didn't take a ten million dollar urinal module, they just pissed out the window.

Apparently the Ural works, I never had one so I don't know. But I have read hilarious stories from Ural riders in the past. In one Iron Butt rally story by Paul Pelland, a valve push rod broke, so he phoned his support crew to discuss the problem.

He succeeded in doing it and finished the race. Notice: Finished, not won.

On another ride across Canada, a Ural was stranded and needed to be towed and repaired three times north of Lake Superior. The rider found it embarrassing that the same tow truck driver came all three times. ("American Borders" by Carla King) Apparently more modern Urals today work a lot better than the older ones like Carla's.
Copyright the Lost Motorcyclist