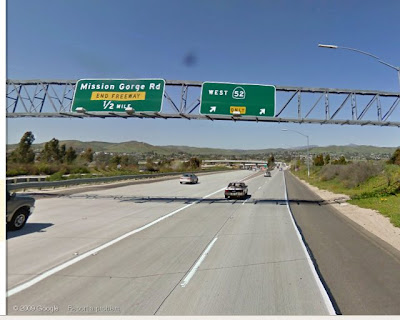 By The Lost Motorcyclist, February 2010

It's a tragedy when a family dies in a car crash, and normally I would avoid a topic like this. But even more important is what we learn from the crash, so that it does not happen again. I want to learn something from one particular crash, that Toyota Motors is taking responsibility for, the Santee crash in San Diego on August 28th, 2009. This crash, probably more than any other incident has helped fuel the furor over Toyota gas pedals.

It was apparently caused by the accelerator pedal being stuck against the floor mat, full throttle. In a drama similar to the movie "Speed", the car got up to 193 kph, weaving in and out of slower vehicles, before reaching a T intersection at the end of the freeway, going out of control and rolling, killing four occupants.

Here are some of the assertions from a discussion that could have some bearing on the case.

The assertion about brake force must be missing some vital information for the 30 pound figure to actually make sense. Maybe they are saying 30 pounds to lock up the wheels on dry pavement? I'm only guessing.

The driver, an off duty police officer, was unfamiliar with this vehicle, had never shut off the engine before. It is not known whether he even tried to kill the engine. In my car, the engine shuts off when I turn the key. At some point, the key can also lock the steering, which is also bad, but not as dangerous as doing 193 kph with no brakes.

There were signs of long, heavy braking that did not prevent the car from reaching 195 kph. One witness reported flames coming from a wheel well, I guess that would also indicate the brakes were overheated. The brakes are much stronger than the engine in the short run, which is enough to get the car stopped. But if you do not stop the car quickly, the engine at full throttle will eventually burn out the brakes if you keep dragging them for a long distance without stopping the car. It would seem that the officer used the brakes but he did not stop the car. There are reasons this might happen, I'm just speculating. Maybe he could not press hard enough to stop the car, or maybe he thought he was already at the maximum braking force. Maybe he could have braked harder but did not want to stop in the middle of the freeway and was looking for an exit first. Maybe his legs could not reach the brake in a way that allowed the application of a lot of force.

Anyway this brake issue is a puzzle to me, and I'm sure Toyota is also puzzled, but considering the nearly 1 billion dollars they are going to pay to fix this, why not take one of those cars with a test driver on a track, and lock down the accelerator and see if the driver can get the car stopped with the brakes alone? I can only assume Toyota considered this and then thought it would make matters worse. By making matters worse, I mean the public relations nightmare and hysteria.

The driver did put on the 4-way flashers, and was more or less successfully weaving in and out of traffic at high speed. Maybe this is where police training kicked in. 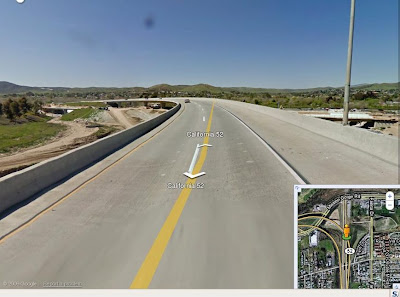 Based on the 911 call, the driver also had a choice to take a ramp onto another freeway, before the T intersection. He either missed the exit, or opted for the T intersection with a traffic light and a ditch on the other side.

Lead investigator Hill said “He did everything he could to stop that car”, but as noted before, nobody knows why the driver did not try putting the car in neutral. It would be a very bad idea for Toyota to question the coolness and driving ability of a police officer, so they don't.

A couple of more observations. I have had the throttle stick on me several times, with older motorcycles. I know it's a totally different control system, but at least I have some idea of the feeling you get when the engine seems to have a mind of its own. It never happened to me on one of my high power bikes, which coincidentally were all equipped with a "Kill" switch. I'm pretty sure the feeling on a BMW K1100LT with the throttle stuck on maximum, would be much more scary than the feeling you get in a Lexus ES 350.

So what have we learned? First, get the car off to the side of the road as quickly as possible before it picks up any significant speed, using the brakes if possible. If the brakes won't slow it pressing as hard as you can, shift to neutral and trust the rev limiter to save the engine while you make sure you are safe. Then turn off the engine once you are stopped.

What has Toyota learned? Design cars that are more fool proof, easier to get into neutral, less friction in the pedals, no optional floormats (leave that to Canadian Tire), a safety link between the brake and the engine, to reduce engine power if the brakes and throttle are applied simultaneously, and a more immediate way to kill the engine?

Picture 1: I got this off Google maps streetview. That would be the last sign before the freeway ended, and the exit to the ramp for the next freeway.

Picture 2: The exit ramp. Looking at this picture of the curve, which seems safer to me than a T intersection, I might have preferred to take the ramp. There were no speed warning signs on the approach to the ramp.
Copyright the Lost Motorcyclist