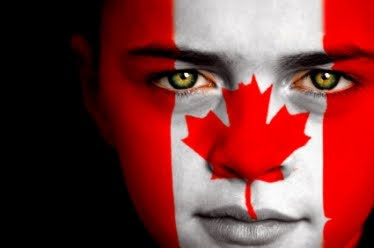 Recently a teabag party speech got into the subject of immigrant voters, and how they could not even spell "vote",and were responsible for the stupid decision to put a "committed socialist" in the white house.

This reminds me of another rant some years ago by the separatist Parti Quebecois, who narrowly lost a referendum to separate Quebec from Canada. Parizeau blamed the immigrants.

Canadians are far ahead of Americans in understanding that having plenty of immigrants helps the country as a whole to not make stupid voting decisions.

You might argue with me on this one, then how come Canada, with more immigrants than the US, has the misfortune to elect Harper as Prime Minister, yet the US, with far fewer new immigrants per capita, has elected one of the greatest presidents ever. (for those of you who believe the opposite is true, the rest of this blog is going to make no sense at all, I recommend you go back to an earlier blog and work your way up: try these

Obama Criticized by Some Leftists

The reason we have Harper as Prime Minister is not because of the vote, which went clearly in favour of the anti conservatives. It is the nature of the multi-party parliamentary system, where in this case we have only one conservative party, but several left wing parties splitting the votes. We actually need a runoff election system to decide who leads, not just the biggest block of members on the first round. The second round is easy to do, just put a second choice on each ballot.

While Obama was elected in a two way vote, it was not totally overwhelming, and he is having trouble carrying out his agenda because of the opposition of rabid (non immigrant) teabaggers. And can you remember the Bush years still?

I think it's pretty obvious that Canada benefits from its immigrants, who seem to have a better grasp of the sweep of history, and the complexity of the world. i.e. the recent immigrants help balance our stupidity and closed mindedness.

Better decisions at the polls is one of the many benefits of the Canadian version of multiculturalism.
Copyright the Lost Motorcyclist