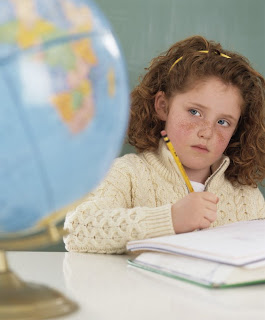 Enough of trying to expose propaganda for the narrow minded bigotry it is. Sometimes, no matter what you do, you cannot dislodge the image that has been placed in your head by propaganda. You have to substitute something better, and more realistic.

So I have decided to wipe out the image Mark Steyn proposes of the Moslems taking over the world by procreation and demographics. In this three part blog, I will substitute an entirely more reasonable future scenario to his world full of genocide and terrorism.

I want to start off by making some observations that to me, at least are common sense. Not all Moslems want to become suicide bombers, in fact only a tiny fraction. On the other hand, almost everyone in the world would like to be a Canadian, especially if they didn't have to freeze their asses off actually living here. On these simple truths, I will construct a more plausible view of the future than "America alone: The end of the world as we know it" by Mark Steyn.

I have observed that lots of Canadians don't really like living here either. In the winter they take off for the USA and live there up to six months a year. A few years ago I noticed another strange phenomenon. During the Lebanese/Israeli "war", we discovered hundreds, if not thousands of Canadians, living in the middle of the war zone in Lebanon, that had to be evacuated. What were they doing there? They were actually Lebanese who had simply applied for Canadian citzenship, filled in the basic requirements then buggered off back home to live where it was nice and warm, albeit prone to bombing. Well that's an interesting new development. Now I find out that Chinese are doing the same thing. They get a house in Canada much like Torontonians get a cottage in Muskoka, but go back to China to amass their fortunes. The Canadian government admits it has no statistics on the number of Canadians who live out of the country on Canadian citizenships.

It's kind of a new concept, or at least an old concept that seems to be gaining popularity. Maybe because travel is so easy now, and world globalization is increasing. But it's the Canadian passport that everybody wants. Even the Israeli secret service uses Canadian passports. Everybody and their uncle wants to be a Canadian, apparently. Just listen to all the Americans who threaten to move to Canada when the Democrats lose an election.

Is this idea of a Canadian dual citizenship bad or good? Some people hate it, for sure. Recently we have even had the US border closed to Canadians who don't have passports, because the Americans think we let too many people have passports (I know it doesn't make sense, but said it was an American idea didn't I?)

At first I was alarmed by the development of a new type of international citizenship under the Canadian flag. But the more I think about it, the more I see it is inevitable, and the beginning of something new and maybe better. In other words the end of rabid warmongering nationalism and the start of citizenship of the world.

I'll bet if the UN handed out world passports, people would want them. Google "world citizen" and see how much you find. The UN doesn't have a passport, but Canada does, and Canada has the closest thing in the world to a UN passport. A passport from a nice country that welcomes immigrants, espouses multiculturalism, hands out passports like candy, supports the UN, doesn't attempt to conquer the world, and has a charter of human rights to boot.

People see the Canadian form of multiculturalism as the way of the future, which it probably is. Mankind has tried everything else already and we know what doesn't work. We have tried war, slavery, religious extremism, imperialism, colonialism, communism, genocide, world domination. All failed. Maybe multiculturalism can succeed. Canada is making it succeed. Almost everybody in the world wants it to succeed, except maybe some understandably fearful Canadians and some suicide bombers.

People want to have a Canadian Passport, because it's like a world citizenship passport that guarantees human rights and justice no matter where they choose to live. I know there's not much Canada can do, really, to enforce these rights for all Canadians outside our borders. But it's not so much the reality, it's the symbolism. Nobody wants to be at the total mercy of some local despot. Everybody needs hope. One day in the next fifty years, although they may not be living here, half the world could be Canadian.
Copyright the Lost Motorcyclist