Living Abroad: The Short Arm of the Law 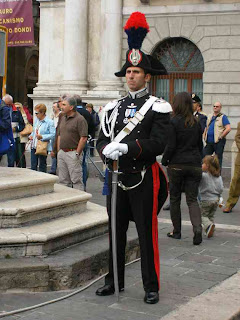 Yesterday, Amanda Knox, an American college student in Italy was been found guilty of murder by an Italian court. I don't know all the facts of the case, so I am not trying to give a second opinion. But it is clear that this is a cross cultural experience, which I do want to comment on.

Amanda was portrayed in the Italian press as a drug addled party girl who knew no limits. This surely had some influence on the outcome of the trial even if it was small. I was listening to one of her friends back home in the USA, interviewed on TV this morning saying that when he knew Amanda (in the USA), she experimented a little with marijuana, but no more than any normal college kid might. Some people may not know this, but there are huge differences from one country to another in how college students behave, in what's considered normal. I would think that even a Canadian student attending the University of Waterloo next door to me here in Kitchener, would come to realize that from observing the foreign students.

My own observations of American college students is that even in America, they have an image of being somewhat of the party/get drunk/get high/do something wild type. I don't think that the average behaviour in the USA is the norm in all countries. For example some people might know that in the spring, in Daytona Beach, Florida, there is a "Bike Week" followed by a college student "Spring break". But they may be surprised to find out that these days, of the two events, the locals now much prefer 500,000 bikers because, compared to the students, the bikers are quiet, polite and well behaved. It was not always that way! 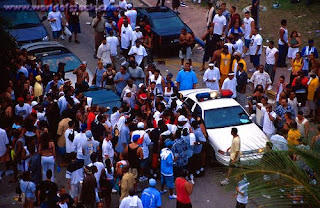 There is certainly a tendency for someone living abroad to not take the local police and law seriously. When living at home, you are kind of used to the police and the law. You may complain (As I often do) that such and such law is stupid, but you do accept it as the law. But when you go to a different country, all of a sudden a lot of laws are different, and you can slip into the mindset that the only real laws are back home, this is all just play-acting.

Did you ever notice that the police at home have several ways of commanding respect of the population? Carrying guns in America is a well known way of getting respect. In England the police don't carry guns, but have other ways to get respect. However, put an unarmed English Bobby on foot patrol in Texas, and suddenly he will be the object of mockery, mostly about the lack of a gun. I don't know if Italian cops carry guns, but I'm just giving examples here of differences that may lead to lack of respect for the local law. Most people travelling abroad don't push it, just because when you are in a foreign place you do have a tendency to back off a bit with demanding your rights. Anyway, some people do.

Another thing about the police even at home that you may notice is that they do not speak natural English. When they go to police academy they learn a new lingo that includes words such as "perpetrator" and "alleged" and "person in question". This lingo the police speak is to help impress people with their importance, and their authority. All these subtleties, of course go away when you are dealing with police whose language you are not as familiar with. You may be intimidated by the fact that you cannot make yourself understood, or fully understand what is going on. Or you may take all this jabbering as a joke, something you cannot take seriously.

Police uniforms are also designed to earn respect, and in America vehicles are important too. Big Harleys for the motorcycle cops, or big cars. Their clothes are authoritarian uniforms too, to complete the image.

OK now I really have not said anything about the trial. Just some observations on living in a foreign country and dealing with the law. Best to be an the safe side, in my opinion.