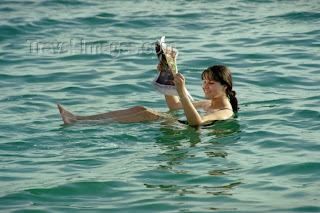 I have started reading another book, "Journalistic Fraud, How the New York Times Distorts the News and Why it Can No Longer be Trusted." by Bob Kohn.

I'm interested, because I cannot figure out why right wing opinionist Ann Coulter was "Only disappointed that Timothy McVeigh didn't blow up the the New York Times building instead." This book could to explain her curious hatred for the New York Times. After they gave Ann Coulter a good review on her book "Godless: The Church of Liberalism", too.

"Journalistic Fraud...." is a little dated, in that it came out at a time of extreme passions, when the Bush armies were marching on Iraq, and every true American was expected to keep questions to themselves.

That war fever has cooled somewhat in light of thousands of dead US soldiers, and no real benefit coming from that war, while the forgotten war in Afghanistan seems to have turned from victory to quagmire. If anything it is even more painful to read the book knowing the later history.

First the author digs up a few past NY Times misdeeds, such as missing out on the Soviet Union's starvation in the thirties under Stalin. I did not realize that the NY Times had missed that story, but then didn't everybody? I thought everyone knew how hard it was to report on totalitarian dictatorships. Moving on, we come to the fifties where the NY Times seemed to be favourably inclined toward Fidel Castro. Again, I kind of remember the Cuban dictator of the day, Batista was a monster supported largely by the US Mafia. So maybe the Times had a point.

The pattern emerges that the NY Times is soft on Commies, and I suppose that alone could be reason for Ann wanting to bomb it, but there is more.

The Times, from July to October 2002, published "over forty articles criticising the Augusta National Golf Club", for not admitting women members. The Times even called on Tiger Woods to boycott the club, but Tiger refused to submit to the Times' request.

So what else would make Ann want to blow up the New York Times? I'm thinking I better come up with something soon because I don't know how much longer I can keep reading this.

Next is the famous story where The New York Times was embarrassed by their reporter, Jayson Blair, who apparently plagiarized much of his work, and pretended to write about places he had never been.

As I read the phrase "liberal hiring practices", I immediately realized that Jayson Blair, the slacker and cheat must have been a black man. Though I remember this story back when it happened, I never caught on that he was African- American until just now, reading Kohn's book.

Bob Kohn seems to think that there is equivalence between Conservatives distorting the news and liberals (like NY Times) distorting the news. He gives the famous quote from publisher William Randolf Hearst "You furnish the pictures and I'll furnish the war." And Kohn implies that this is dishonest journalism. He also thinks it is dishonest for the NY Times to display any bias in trying to prevent war.

I admit that I am a liberal, but not a pacifist. The difference might be stated like this. A pacifist is against all war, a liberal believes that the case for war has to be proven with complete truthfulness and more evidence than the case against war.

But Kohn sees no moral difference between the NY Times questioning the war, and Hearst trying to start a war. Not according to Jesus, who gave his blessing to the peacemakers.

The strangest thing about Kohn's line of reasoning is that Judith Miller, of the "liberal" NY Times actually helped convince Americans the Iraq war was necessary, with pro-war stories that later proved to be false. I checked the index at the back of this book, but could find no reference to Miller.

On page 142 (OK I skipped 20 through 141 hoping for some easier skating), Kohn argues this: that the Times avoids using the nasty word "liberal" for people it likes, and uses nasty word "conservative" for people who oppose it. For example, they call a Republican senator "moderate" for voting against Bush, while Kohn writes

"If Chafee is a 'moderate Republican' then there's no such thing as a 'liberal Republican'".

Of course there's no such thing as a 'liberal Republican'. If they were liberals, they should run as Democrats. Anything else would be dishonest, and liberals are not dishonest. Logically, the best a Republican can be is "moderate".

Anyhow, enough slogging for now. It looks like the rest of the book will be interesting, but with so many logical pitfalls it's not going to be a speed read.
Copyright the Lost Motorcyclist