Fear and Ignorance are Barriers to Reasonable Debate 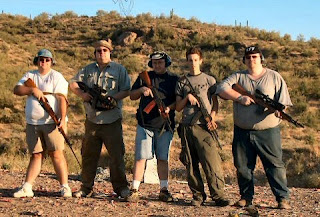 For a liberal, living in a liberal country, it is tempting to dismiss the entire conservative point of view as being based on greed and fear. But that is a mistake, because a valid conservative point is a vital part of our ongoing democratic debate.

When you look at the essential points of view of liberals and conservatives, you can see how each of these helps frame the choices we make. In a reasoned debate, almost all of our choices can be seen from a liberal or a conservative point of view, which helps us to make better decisions.

A conservative point of view has more respect for the old ways, questions the need for change. Liberals are eager to try new ideas that may look good in theory but are unproven.

Conservatives generally feel that we should respect and place our trust in the upper classes more, our traditional leaders in politics, in business and in religion. Liberals tend to place their trust in education, and science. Conservatives beat their kids, liberals let them run wild.

In politics, liberals tend to be in favour of democratic rule, and participation by everyone. Conservatives would prefer to restrict participation to those who are higher up in the social order. In practice, how this works out is that as democracy has progressed, conservatives have almost always opposed extending the vote to new groups, whether they are women, or African-Americans or indigenous people. And today, even though most conservatives have accepted those new voters, they might be more likely to oppose extending the vote to criminals or the insane. Or they might be highly critical of organizations whose only purpose is to help iffy voters to register and get to the polls (like Acorn in the US).

When it comes to social programs, liberals favour extending benefits such as medical care, employment insurance, pensions, and free education to the poor, while conservatives feel that this will eliminate all motivation to get out and work. Of course the social programs need to be paid by taxing the people who have money i.e. the rich. Conservatives have a big problem with this, as they do tend to be rich anyway, so you could put that one down to greed. But the conservatives have a legitimate problem, because with a democratic system, the conservative point of view is going to be defeated over and over by the sheer number of people who will benefit from the social programs. So greed is working on both sides.

Conservatives tend to use war as a bit of a money making scheme, (or money keeping) while liberals tend to shy away from any war that is not necessary for actual self defence. It's difficult to argue that war or weapons will never be needed, and it's impossible to have a war where some people don't get rich off the misery of others.

Although stupidity and dishonesty are present, neither side in the conservative vs. liberal debate is inherently stupid or dishonest. It's good to keep that in mind, because otherwise the chances of coming up with good compromise decisions is about zero.

If you do think that there is a lot of stupidity on one side or the other, it's a good idea to try and track that down to its source, and not to simply paint the entire other side with the same brush. I happen to notice some sources that are injecting more than their share of hypocrisy, lies, and propaganda into the public discourse. I would be extra careful in fact checking anything from Fox News, anything from Rush Limbaugh or any of the right wing talk radio programs. I would also be very suspicious of anything I get from a religious TV network, or a corporate PR firm, especially if it conflicts with "normal" science or independent news sources. Some newspapers and news magazines are getting reputations for letting opinions get in the way of accuracy. There is probably more. Anyway, I'm always on the lookout.

I am suspicious that there are some people in our society that benefit materially from spreading ignorance, fear and doubt, and from creating a situation where people cannot get good information. And unfortunately for the honest, reasonable conservatives, most of these intellectually dishonest sources are under the conservative banner.

In an old fashioned authoritarian (i.e. conservative by definition) country like China, the government would be able to simply cut off access to the Internet and control the news. But in a modern open society like Canada or the USA, this blocking of information has to be done by subtle means, such as flooding the airwaves and Internet with cult-like religious networks, by creating special news channels that play to our emotions and blocks all chance of reasoned debate.

Many blogs on the Internet are full of nonsense that seems to be either made up or comes from Fox News, or religious fundamentalists, and many seem to be redundant or falsely accredited. Although the bulk of the nonsense I see is on the right, I have already shown there are crazies on the left.

Padre Steve has a blog that you might think would be conservative (a pro-life US Army chaplain who gets the word of God through watching baseball) and yet shows no signs of paranoid delusion.

For an example of Padre Steve's writing that is remarkably free of paranoia about Muslims, look at this topic, followed by readers comments pro and con (this is where the paranoia creeps in, but not from Steve)

I can't leave it at just one, as there are many really good topics on his blog. Here is Steve about Hitler's "race" war against the Eastern Europeans. How German attitudes and propaganda pushed them to atrocities. Must have taken a long time to put this together because it looks like about 184 footnotes!

In conclusion, you cannot generalize where fear ignorance comes from. It would be a benefit to all if reasonable liberals and conservatives could disagree in a rational way.
Copyright the Lost Motorcyclist