The Subliminal Message of Avatar 3D 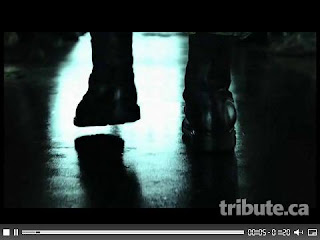 Now that Avatar 3D has taken in over 600 million in ten days, it looks set to be the first movie to break a billion dollars. And Mary Ann and I have not even had a chance to see it the second time yet. When we did go, the theatre was so full we had to sit dead centre of a row with over 50 seats. Then I had to leave before the movie for a pit stop, or I would not have made it through the movie without a major interruption. Then when I came back, I accidentally came in one row below my seat, and when I finally fought my way back to the middle of the wrong row, Mary Ann sympathetically had her biggest laugh of the day. So I was kind of hoping the crowds would thin out a bit, but it doesn't look like it's going to be happening soon. Anyway, I will prepare next time by not going for coffee just before the movie.

I just read in the New York Times, an editorial by Adam Cohen who said both the technology and the message of Avatar are about "seeing". The 3D technology of the movie allows you to "see" the movie in depth. There are also several points in the movie that reinforce the subliminal message, for example the movie begins and ends with eyes opening, and later on you discover the Na'vi have a saying "I see you" which is explained carefully in the movie. It means not just "seeing" superficially, but seeing into, and understanding the other.

I didn't get the hidden message of "seeing" and how it fit in with the 3D technology the first time I saw the movie. For me, it was a subliminal message, which I probably did get at a subconscious level. But this hidden message is relevant to propaganda, which I have written over 60 blogs about, and is one of my favourite subjects. (along with motorcycling)

Two complementary aims of propaganda are to either open peoples' eyes to what is going on, or to help keep people from seeing what is going on. One typical reaction people have, when they get involved unknowingly in a propagandized debate, is frustration with the other side. Often you hear something like "Why can't you wake up and see what's going on?". It is a clue to the fact that this issue is propagandized. Once you understand that, you know that the debate is not really taking place in the conscious world of logic, but in the psychological world of propaganda, where what you "see" is controlled behind the scenes.

To some people, Avatar is propaganda to support environmentalism, and anti-military. If so, the military and mining interests must have really dropped the ball to let this enormous piece of propaganda get out where millions of people will see it, and it could very well degrade their ability to either wage war or to make money in destroying places like the Amazon.

I have a link to a clip from Avatar, where the new recruits arrive at the moon of Pandora and are greeted by Colonel Quaritch, who gives them a military briefing and, I think, a superficial view of this moon and its indigenous people. But the rest of the movie makes it pretty clear that when you live among other people, you see them as more than just cardboard cutouts to be used for target practice. That's why 3D technology is vital to this movie's message, especially given the problem that the Na'vi cannot be filmed live (they are not real), but need to be done in animated drawings.

(UPDATE: Jan 7, 2010 I have seen Avatar a second time and have written another blog called "Judge for Yourself if Avatar is Simplistic." )


Picture: From the military briefing "You're not in Kansas any more", video clip